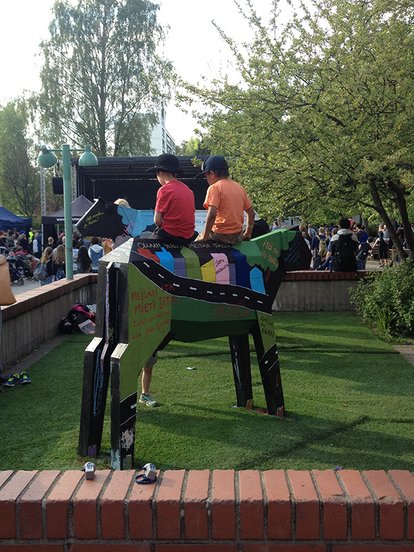 Two wooden cow sculptures were made during the spring of 2015 by me in co-operation with Mauri Jokela.

The sculptures were originally commissioned to be a part of the children's workshop at the East Village Festival 2015, but they ended up being a part of several workshops for children at Stoa during 2015 - 2016.

At the East Village Festival 2016 I was painting and decorating the cows with slogans written by locals describing the district of East Helsinki.

The cows were placed at the Stoa Culture Center’s garden and hallway during the years 2015 - 2018. After that they retired and moved to the garden of a retirement home in East Helsinki.