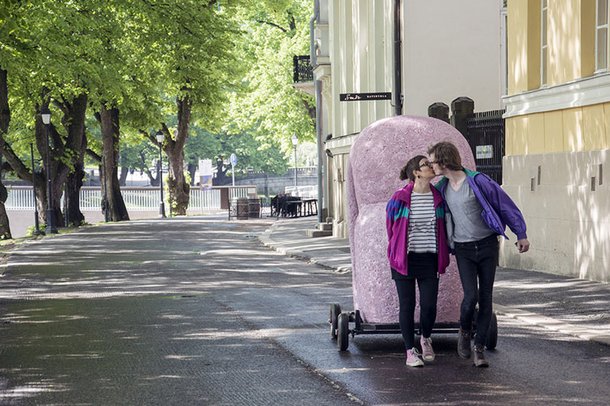 Aura of Love was made for the Olohuone 306,4 km² festival, which is an open urban art festival in Turku, Finland. The theme of the year 2014 was cliché. What or who is cliché?

The original performance happened in Turku city center during four days in June 2014. People were invited to feel the Aura of Love, change few thoughts with us and participate a cliché for a moment. Everybody was welcome to sit in a kissing booth with a friend, change kisses, chat or just listen to the soundtrack of love.

Aura of Love was exhibited also in Ruisrock 2014.

Aura: - The name of a Finnish blue cheese brand

- The name of the river crossing Turku city

- Human Aura is part of the subtle body, the Universal Energy field